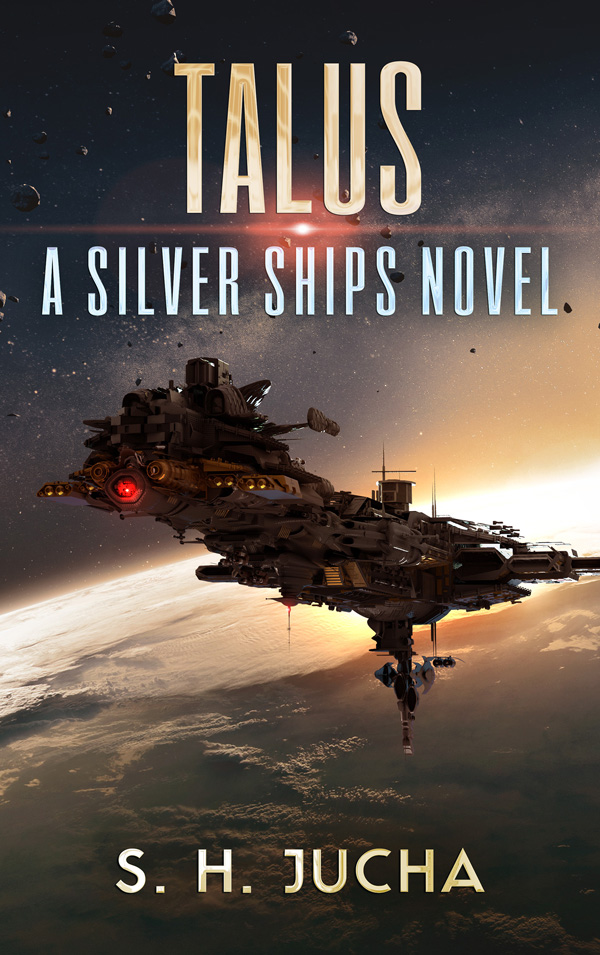 “Talus,” the seventeenth novel in the Silver Ships series, is now available on Amazon U.S. The print version will be delayed two to three days.

Summary: Talus is under siege. Massive battleships, each ferrying an envoy from a federacy race, surround the Talusian home world.

The Talusian president, Sargut, sends an urgent plea for help. His message requests the assistance of the Omnian fleet.

The city-ship, Our People, and two Trident commands make preparations to sail for Talus to relieve the beleaguered Talusians.