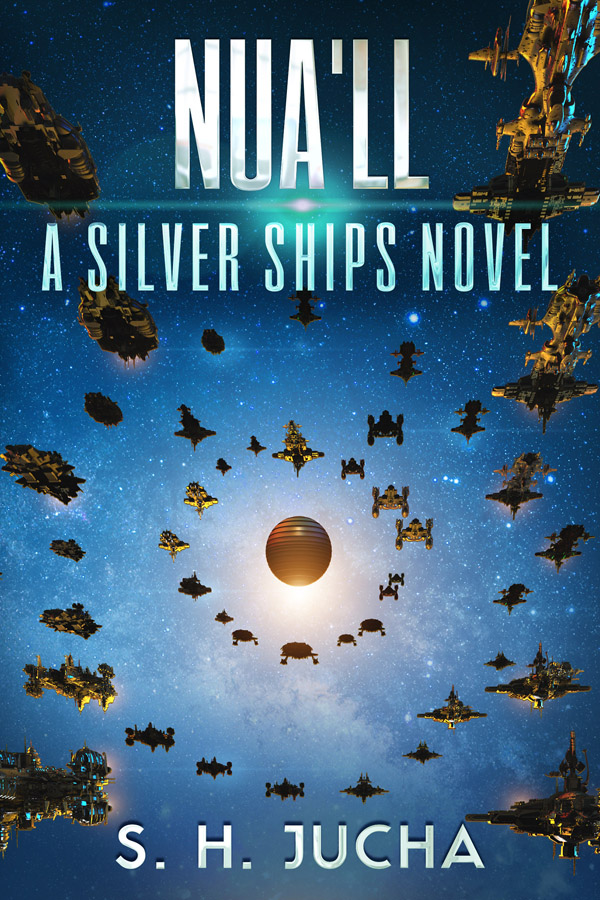 “Nua’ll,” the eleventh novel in the Silver Ships series, is available for pre-order and will be released on June 2, 2018. The print version should be available about the same date.

Summary: The Omnian expeditionary fleet sails for the faraway place they call “the wall.”

During a previous encounter with an alien fleet, the Nua’ll comm sphere spoke in multiple languages. When the messages were deciphered, the Omnians realized they would face a vast empire composed of hundreds of races, and the Nua’ll were not the leaders of the federacy. They had spoken of masters.