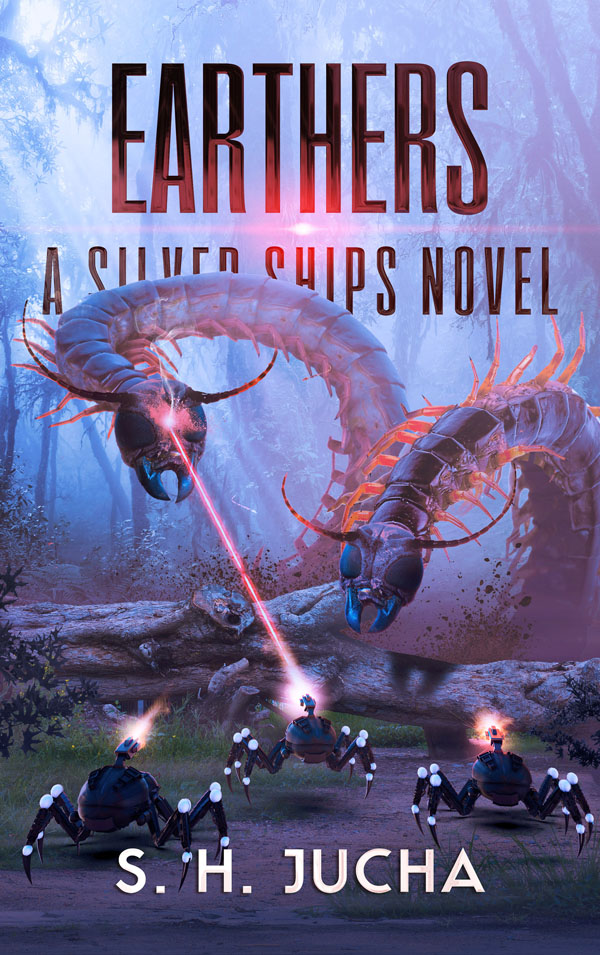 “Earthers,” the sixteenth novel in the Silver Ships series, is now available on Amazon. The print version will be delayed four to five days. I’m waiting for the book’s final cover.

Summary: Omnians, Earthers, and alliance members are fighting the Colony, the horde of sentient insectoids that threaten alliance space.

It’s Omnian superior technology that gives a temporary advantage to the peaceful alliance members who lead the fight to retake their planets.

Unfortunately, for those races fighting to halt the Colony’s expansion, the insectoids aren’t willing to retreat. They fight back with even deadlier tactics that take the lives of the unwary.